From The Battlefield to the Boardroom

Cultural programming primes us. For all of the 19th century, at least, and half of the 20th war and its form were romanticized by a tightly controlled press and government propaganda. It was the Dolce et decorum est … era when the narrative of war was led by those who weren’t called to fight it but did choose to participate in it.

This led to a perverse dichotomy of values. On the one hand war was seen as a necessary instrument of state and its practice one of the deepest patriotic duties anyone could engage in. On the other hand those who were asked to engage in war and carry out that duty were seen, upon their return, as somehow tainted.

In some circumstances they were the symbols of a particular troubled time or less than stellar outcome. As such they were conveniently forgotten. In others they were seen as people with skills that were no longer necessary. Useful during war but not so much when back home in peacetime. And in others still they were just damaged goods. Regrettable but necessary collateral damage that happened in the execution of specific policies.

These are all stereotypes.

The army is a world unto itself. It has its own language and its own culture. It has its own way of learning and developing. It’s not an entirely transparent organization. It has little vested interest in communicating at length with the civilian population it protects. All if this allows an information gap to develop that is then filled by the stereotypes.

The truth is different.

From Soldiers to Businessmen

Soldiers have always had to learn to adapt and overcome a variety of challenges. A study carried out by the Kellogg School of Management showed that:

…that military service is associated with conservative corporate policies and ethical behavior. Military CEOs pursue lower corporate investment, are less likely to be involved in corporate fraudulent activity, and perform better during industry downturns. Taken together, our results show that military service has significant explanatory power for managerial decisions and firm outcomes.

Major corporations have always been quick to take advantage of the benefits of army experience. Johnson and Johnson CEO Alex Gorsky, for instance, served in the Army for six years as an officer in a variety of positions, including a stint in the elite Rangers. He’s joined the ranks of other soldiers-turned-businessmen who ran Fortune 500 companies like former 82nd Airborne Division Captain, Robert McDonald who led Procter & Gamble as Chairman and CEO and Fred Smith, a former Marine who became the FedEx founder, chairman, president, and CEO. 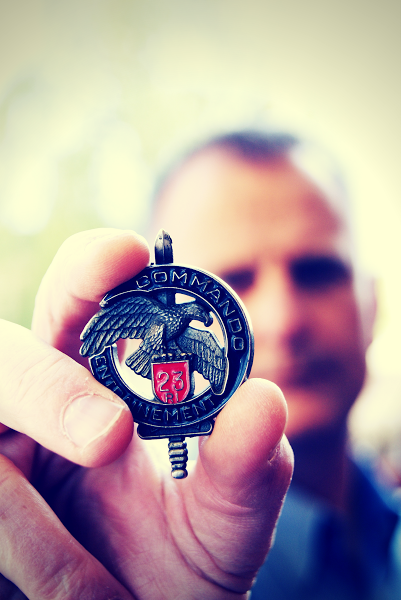 In the 1980s as much as 60% of Fortune 500 companies would be led by ex-military personnel but in the 21st century that percentage has shrunk to 10% or less and there is a commensurate rise in corporate fraud and malfeasance.

In interviewing over 100 snipers and elite forces operatives I came to see what many of them couldn’t. That their army life had prepared them with skills that went beyond those of handling a gun and surviving a potentially hostile environment.

Army people already know about discipline and processes. They understand that being adaptable and innovative is key to overcoming challenges and obstacles. They know how to manage resources, communicate quickly and analyze a situation. They are focused, self-motivated and know how to plan. They understand about leadership and how to be authentic.

Within G+ alone Michel Riebel a former French Army sniper and Errol Doebler a former Navy SEAL we see the attributes listed above transferred into a business environment where they provide a distinct, competitive advantage.

Maybe, sometime in the distant past being a soldier required blind obedience to commands and the willingness to kill or be killed. But today’s elite combatants are highly efficient at critical decision making under pressure. They understand about responsibility and accountability.

These soldiers have highly developed mental models that allow them to enjoy a competitive edge when it comes to business. But of even greater value is their adaptive attitude that allows them to keep on learning, keep on growing and keep on changing.

All of these are “sniper mind” skills. But they are also skills that can be developed without one having to be a sniper. It requires the cultivation of awareness, some self-control, mindfulness and the willingness to modulate our responses.