What You Think And What You Do

There is a direct, mental link between what we think, what we say and what we do. Language plays a dual role. Part of it is representational. When we say the word “tree” we associate it, in our mind, with an entire list of attributes that constitute a tree and its potential. At the same time we categorize it into different types of tree, some of which have different attributes to all the other types of tree and some of which are better suited at creating a forest, than others.

Language is not, however, neutral. It does not act like code whose sole purpose is to represent something we perceive and help us visualize its existence. Language comes with specific associations of its own which add an affective dimension to the code it represents. “Watch out!” for instance relies on tonal stress to provide context and give it a meaning of danger that is entirely divorced from the words “Watch” and “out” which suggest that what is being asked of us to do is look at something in a setting external to our own. “Right!” is context-dependent to provide meaning as it could mean any of a number of possible options even when the tone is taken into account.

The mind is an integral part of the body so whatever it feels because of the words it hears is reflected in physiological changes in the body. “No” for instance releases stress-producing hormones and neurotransmitters in the brain as the body gets ready for a “fight or flight” response. Because of that, in some quarters it is considered to be the most dangerous word in the English language.

When words affect our physiology that much, it’s a safe bet that they also affect our neural states. The neuroplasticity of the brain shows that repetition of specific words can create new positive or negative neural pathways in the brain which then affect perception. This is the classic “is the glass half-full or half-empty” experiment and what it shows is that words can change the brain.

Alexander the Great pulled off an impossible feat, uniting the warring city-states of Ancient Greece and conquering most of the known world by the time he was 25. He was fond of saying that “There is nothing impossible to him who will try.” Muhammad Ali had a very similar if, more elaborate, saying that is shown in the video below:

That means words are meaningless without intent and follow through and intent without good planning and proper action is equally meaningless. If a picture is worth a thousand words consider how you go from intent to outcome by successfully bridging the gaps that separate the steps from intent to action. 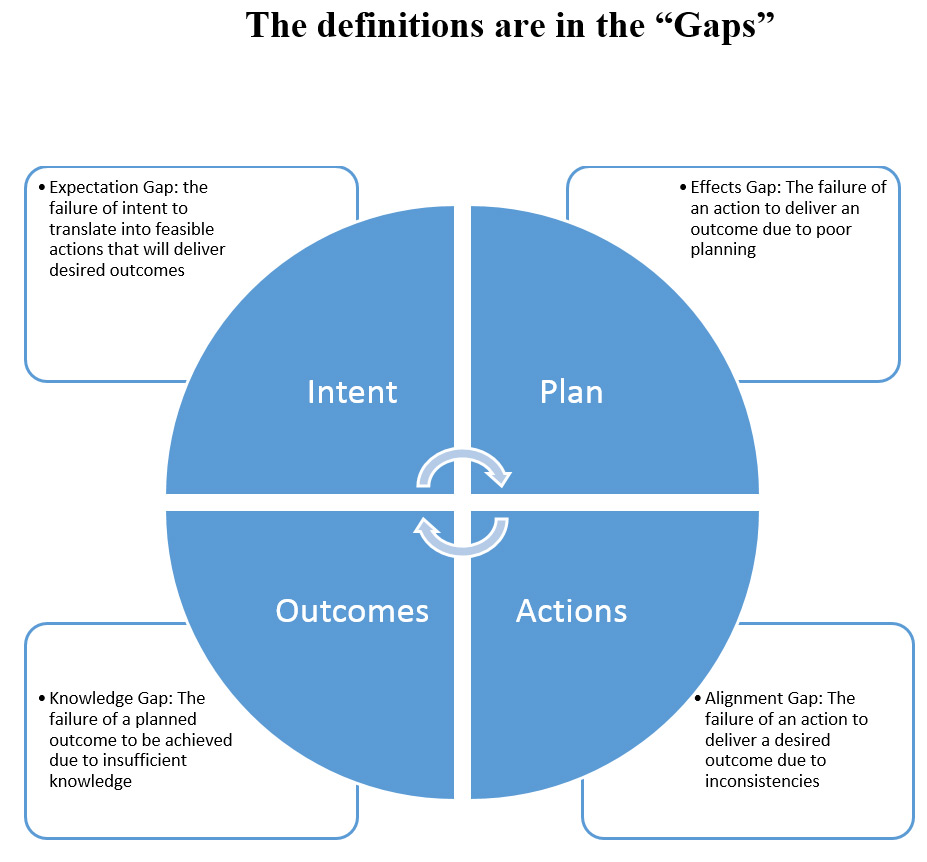 Spread the buzz. Share this article with someone you know who would be helped by it.