Your Brain is Better Than a Supercomputer

When a seemingly ordinary math problem becomes something that is impossible to solve the transformation reveals the boundary that marks the limit of our technological capabilities and the wonder that is the human brain. The process also teaches us something vital: just how much we can rely on our technology for our critical decision-making and at which point we need to use our own skills and talents.

But let’s take things from the very beginning. Mathematics models the world, mostly imprecisely, but the models are both useful and necessary. Useful because in their approximations we can clean up the messiness of real-world dynamics, get rid of the noise, and reveal the rules that run nature, and necessary because models help us explore clearly the boundaries of our understanding and capabilities so we know what it is we need to improve in our technological development.

Take the firing of a sniper rifle as an example. It is a physical event. It is governed by Newtonian physics. This makes the firing of a gun with the intent to send a projectile to strike a target that is x-distance away a math problem. All we have to do is input the variables we know, solve for the variables we can. At its most basic this requires the use of a ‘rule of thumb” known as Rifleman’s Rule which says you can solve the horizontal range to a target that is far, far away from you, provided you know the slant range. The slant range, in turn, is determined by calculating the distance between a point in the horizon and the observer and gauging its elevation (or incline) to arrive at a line-of-sight measurement. This is the rifleman’s or radar operator’s equivalent of “as the crow flies” (assuming that crows indeed fly in perfectly straight lines). 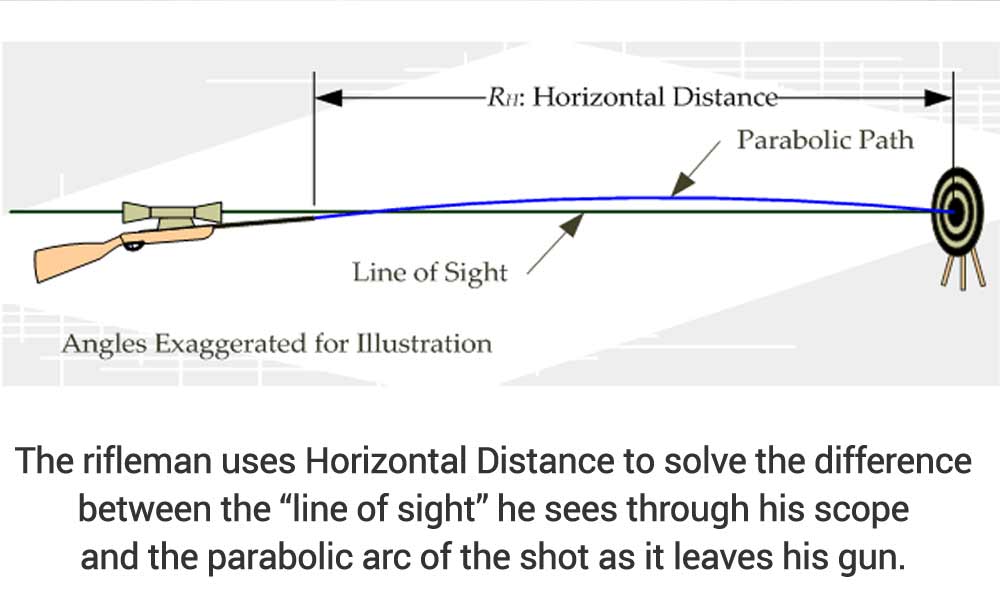 The calculations required to solve this are classic Newtonian mechanics. Every variable is assumed to either be known or be within reach of a calculation. In order to achieve perfect aim and hit the target every time we just need to input the values and crunch the numbers. It is reasonable to suggest that a computer should be able to get it done fast, accurately and efficiently every time.

Firing a rifle and hitting a target then becomes a process of knowledge, context, decision-making, judgement, choices and outcomes.

Now, this is where it gets interesting. Humans are reasonably adept at firing a weapon to hit a given target over a relatively short distance. That’s because the dynamics of the bullet (its speed, velocity and temperature) are sufficient to overcome inaccuracies caused by other factors (gun movement, gravity, wind speed, air temperature, etc). As the distance from shooter to target increases all the other factors begin to exert an influence that affects the accuracy of the shot and the final outcome.

Firing a rifle and hitting a target then becomes a process of knowledge, context, decision-making, judgement, choices and outcomes.

Because human brains are thought to be relatively slow in linear calculations it makes perfect sense, at this point, to assume that an algorithm wedded to a smart gun would produce the perfect sniper platform, making every amateur with a trigger finger and the ability to pull it, into a champion shooter. As a matter of fact in writing The Sniper Mind I came across Tracking Point, a company intent on designing “the perfect rifle”. Their spectacular failure to do so is caused by the counterintuitive reality of the problem they faced. A problem hidden by the fact that when it comes to guns taking aim and firing frail, seemingly slow-thinking humans can do it reasonably well.

Aiming a Gun is a Really Difficult Problem to Solve

To understand the inherent difficulty in taking aim at a target we will need to think that the distance between the gun barrel and the target is made up of a massively large number of instances, each of which has a solution. So if, for argument’s sake, let’s assume that we know the exact trajectory a bullet needs to achieve in order to get where we want it to get to. All a computer would then have to do is successfully solve the variables needed to place the bullet in each point in the trajectory.

This isn’t much different from the classic geometry problem at school where drawing the perfect circle requires drawing a series of straight lines and solving for the point where each one intersects with its counterpart. If we want the circle to be completely round we need to add more and more straight lines in our calculations. Similarly the more instances we add to the firing a gun problem the more we increase the accuracy of the shot fired. 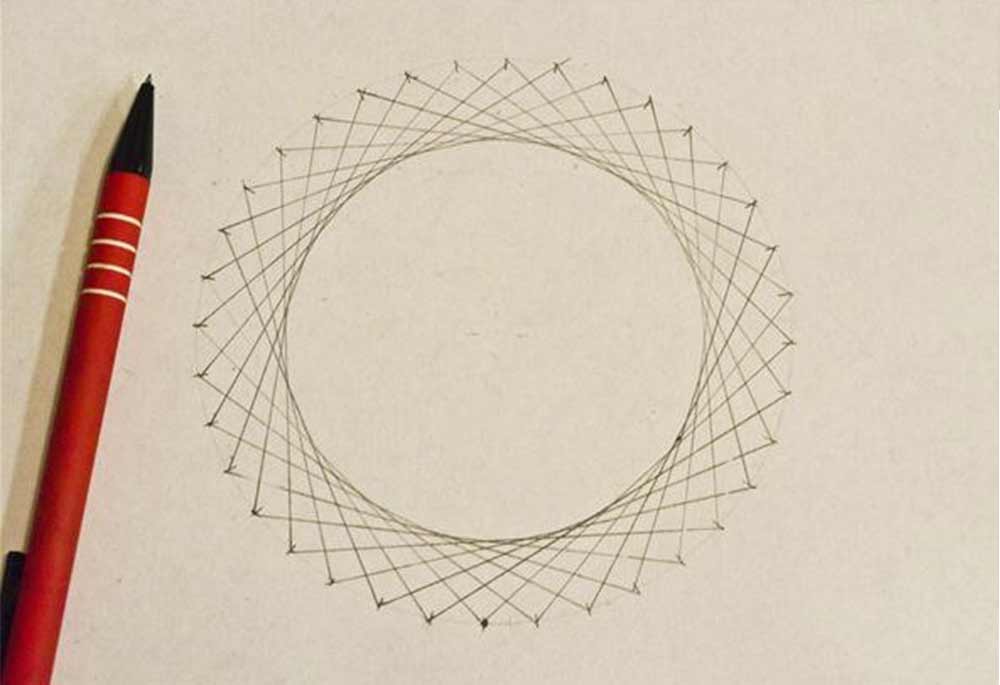 When a computer aims a gun that’s exactly the approach it takes. As the distance to the target increases however the variables being introduced at each instance and the effect each one has on the next instance increases. That means that the number of calculations required to get the bullet to each point of its trajectory increases with each step. Even worse, the number of calculations needed to determine each point in the bullet’s trajectory doesn’t go down even if we use a ‘better’ algorithm than the one we started off with, each time.

In computational complexity theory a problem that requires significant resources to solve irrespective of what kind of algorithm used is called an NP-completeness (NPC) problem. NP stands for nondeterministic polynomial time, and it’s used for decision problem solving where parameters change over time. This makes the time required to solve the problem a problem in itself.

A sniper aiming a gun at a target x-distance away, in other words, cannot take forever to align his sights, take into account all the environmental and physical factors affecting his aim and decide to take the shot because by the time he has calculated precisely everything he needs to calculate the target has moved and the process needs to start all over again.

The paradox with NP-problems is that the accuracy of any solution to them can be verified quickly, while the attempt to get to that solution takes such a large amount of time and effort as to render them unsolvable by brute calculations no matter how much power we throw at them. In plain English, a sniper taking a shot knows pretty quickly just how accurate that shot is. But aiming in the first instance is something he has no time for to get “perfectly right”.

Heuristics and the Human Brain

Computer engineers working with NPC problems use a variety of techniques to get round them without bankrupting their organizations with expensive computer time. These involve the creation of heuristic functions and approximation algorithms that provide “good enough” solutions. Crucially when it comes to the “firing a sniper rifle” problem heuristic models and approximation algorithms also take time a lot of to create, test and calibrate. So, really their employment doesn’t realistically solve this particular problem.

Yet snipers can accurately fire a rifle and hit a target that’s 3,540m away, their human brain doing what no computer can do. To achieve this, the brain makes use of mental heuristics that feature in every decision-making moment. These are mental shortcuts created over time that pull together complex real-world knowledge to reach a judgement even when there is an insufficient amount of information for that judgement to be accurately made. The result is a “good enough” approximation that actually does the job.

The ability of the human brain to outstrip supercomputers in solving complex, real-world problems is showcased in the speed with which the brain recognizes what the eyes see. Using concepts and creating understanding out of the facts it sees, the brain can recognize an image the eyes see in just 13 milliseconds.  The processing of visual imagery and the brain’s computing power are so closely linked that solving for vision in computers almost simultaneously solves many of the problems associated with artificial intelligence. 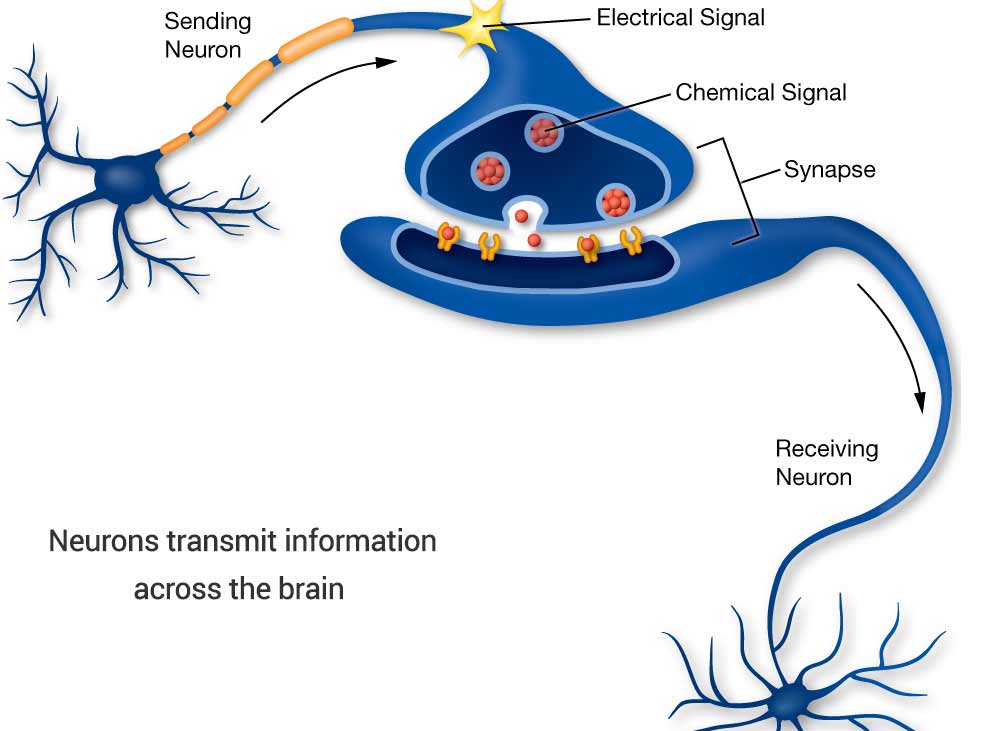 To quantify the speed at which the human brain operates, two PhD students from the University of California, Berkeley, and Carnegie Mellon University have created a benchmark measuring human brain power against supercomputers using not the number of calculations per second but the ability to transfer information from one part of the brain (or the supercomputer) to another as the benchmark.

They called this “traversed edges per second” (TEPS) and showed in their study that when it comes to the transfer of information across the brain humans outstrip supercomputers by about thirty-to-one.

Decisions Made Under Pressure

When the human brain is that capable the question becomes why do we then make so many bad decisions all the time? Like most complex instruments the brain needs to be trained how to think. Without the right kind of techniques and an awareness of the pitfalls the brain is incapable of overcoming the pressures it faces and function as it should.

Brains that are subjected to pressure without training that teaches them how to cope experience higher executive function shutdown and suboptimal function. Such brains find it impossible to make the right choices, reach the right decisions or get the outcomes they want.

Spread the buzz. Share this article with someone you know who would be helped by it.